KISSES ON THE BOTTOM - Pre-order Now - 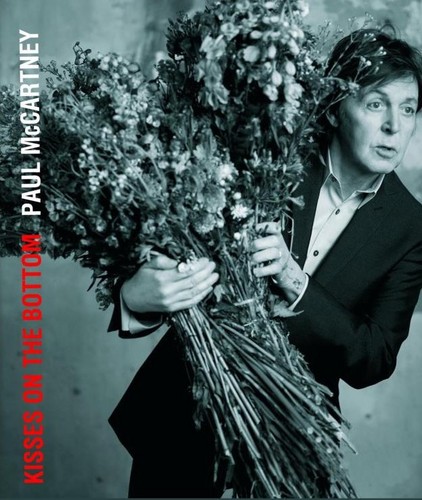 ‘Kisses On The Bottom’

On December 19th 2011 Paul announced that February 2012 would see the release of his brand new studio album. Scores of fans then streamed the new original track ‘My Valentine’, many assuming it would be the new record’s title track.  While a few Twitter hints have been dropped and rumours have run rampant, Paul puts an end to speculation today, confirming that the album will indeed be titled ‘Kisses On The Bottom’.

‘Kisses On The Bottom’ is a collection of standards Paul grew up listening to in his childhood as well as the two new McCartney compositions ‘My Valentine’ and ‘Only Our Hearts’.  With the help of Grammy Award-winning producer Tommy LiPuma and Diana Krall and her band—as well as guest appearances from Eric Clapton and Stevie Wonder, McCartney’s new album is a deeply personal journey through classic American compositions that, in some cases, a young Paul first heard his father perform on piano at home.  The full tracklisting reveals that Paul has been both reverent and adventurous in his song choices.

Kisses On The Bottom

The album will also be available digitally. You will be able to pre-order the album directly from PaulMcCartney.com soon!

The album was recorded at the legendary Capitol Studios in Los Angeles, New York and London throughout 2011.  It also features guest musicians Eric Clapton and Stevie Wonder, respectively, on the original compositions  ‘My Valentine’ and ‘Only Our Hearts’.  Eric also appears on the track ‘Get Yourself Another Fool’.

The album artwork concept was conceived by Jonathan Schofield (Visual Director at Stella McCartney) and designed by Matthew Cooper (who has worked with artists such as Arctic Monkeys and Franz Ferdinand).  Paul was photographed by his daughter Mary McCartney for the album sleeve.